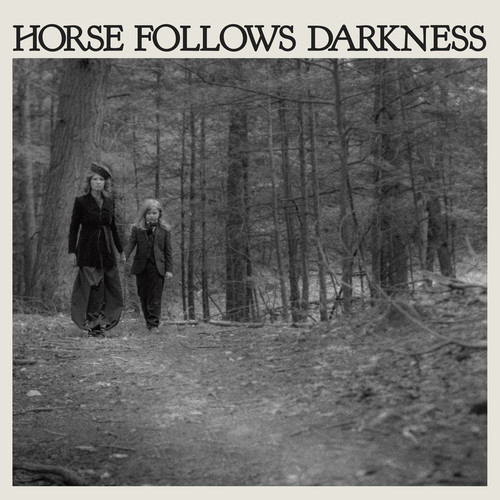 Horse Follows Darkness is the second record by Delia Gonzalez, her follow up to the album “In Remembrance”. The title is taken from a werewolf genre film her 8 year old son Wolfgang had created. At this time, Wolfgang also turned Delia onto a genre of cinema she had always resisted - the American Western. Delia explains that what she observed “was all relevant - the album is based on our personal experience of moving back to America (from Berlin) and the journey that followed. The record is a manifestation of that, and what one creates for themselves under the given circumstances. Coming back to America, I felt like a foreigner and NYC / America felt like the Wild West. Most Westerns from the 1960s to the present have revisionist themes. Many were made by emerging major filmmakers who saw the Western as an opportunity to expand their criticism of American society and values into a new genre.” The narrative of the record is one of re-encountering the frontier mentality that shaped the country but somehow never faded. This time as a foreigner. The genre of the Western remains pertinent, many of the same stories of that brutally deromanticised era are still relevant today. America hasn’t changed - the cast, times and settings have, but we still hold onto the same ideal.