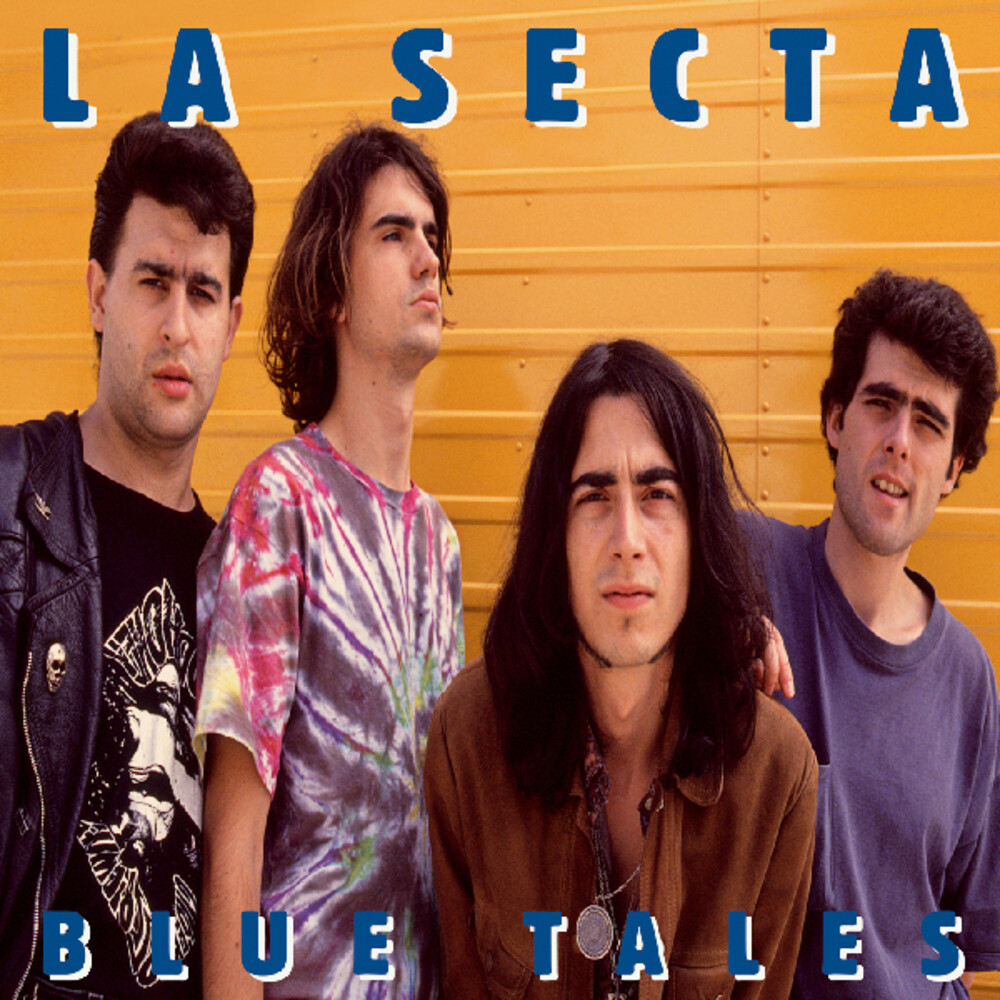 La Secta's Blue Tales was recorded and released in 1990. It was an effervescent time with a very active and top-quality Basque music scene which included bands such as Los Bichos, Cancer Moon, La Perrera, and La Secta. They were spearheads both in their respective cities and areas of influence as in the rest of Spain, La Secta especially lauded by the alternative press circuit (fanzines) outside the Iberian Peninsula (United States, France, Germany, UK, Australia, Switzerland), creating a very favorable impact. Blue Tales marked a before-and-after in Spain's music scene with very good reviews in the specialized press. On the album, you can hear very clearly the band's influences but all sifted and recreated under a unique style: Scientists, Stooges, Music Machine, Suicide, Seeds, 13th Floor Elevators, Marc Bolan, kraut rock, pre-grunge, noise, chaos, acid folk, bad vibes, broken hearts, ecstasy, hallucinogens, innocence, and risk... a dangerous cocktail. Sonic Boom (Spaceman 3) captained this boat through seas of daring experimentation, which is why the end result is a timeless record that still sounds powerful and fresh today. The album is now presented with a new face, new cover, images, and poster that reflect the spirit of it's content and the creators of this soundtrack, with a renewed sound thanks to the mastering of Sergio Delgado, where details of Patxi's guitar, hidden in the original production of 1990, are now shown. Liner notes with contributions by Kim Salmon (Scientists, Surrealists, Beasts of Bourbon) with a long connection to the band and good knowledge of their adventures; Fernando GegĂşndez, an experienced music journalist from Bilbao and aware of the evolution of La Secta since it's inception; and Lindsay Hutton, founder in the mid-1980s of the long-running fanzine The Next Big Thing, creator of the Cramps fan club from 1980-1983 (initially with Morrissey), and contributor to music magazines such as Sounds and Mojo. Produced by Sonic Boom (Spaceman 3). Co-released by Munster Records and Secta Records. Includes bonus tracks. 150 gram vinyl; gatefold sleeve; includes poster; edition of 500.