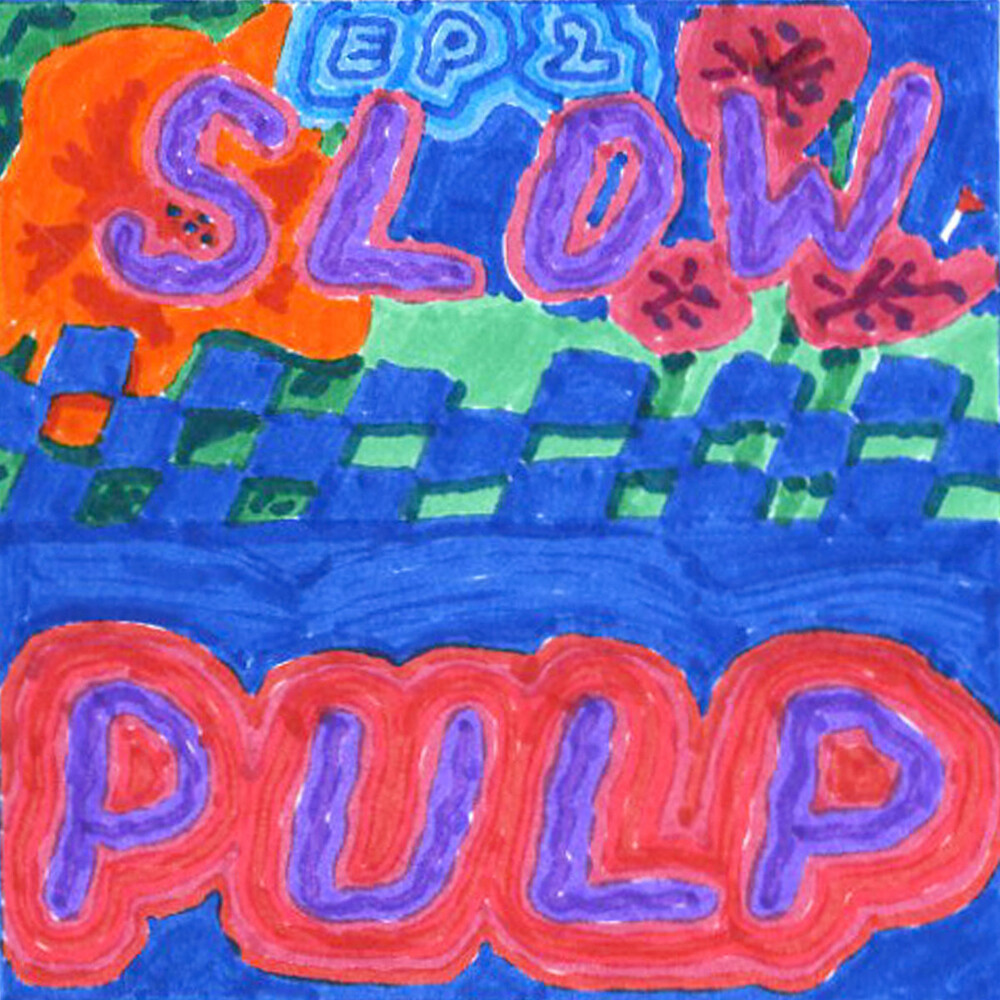 Do you remember being small in a big confusing world? Do you remember feeling excitement for the first time or being cognizant of how clothes fell on your body for the first time? Not many people do, or most of us don't dare to think back on it. For shoegazey Madison rockers Slow Pulp, this is not the case. Teddy Mathews, Alex Leeds, and Henry Stoehr have known each other since they were kids. Stoehr can recall playing with Matthews in the ballpit at McDonalds when they were younger. Mathews recalls his first impression of Leeds as a "snowboard maniac" with a killer AIM username. Leeds retells coming over to Mathews' house for the first time in grade school: "When I came over and they had mattresses on the stairs, and they're sliding on the stairs on mattresses into a wall." They've grown through their young, reckless stages and have been making music all the while. They all laugh, refusing to tell me the many iterations they've gone through - although I do get to hear their first band name, PATH, each letter representing the member's first names. Their styles and monikers have changed over the years, evolving along with their musical abilities, even repurposing parts from songs they wrote when they were 12. It wasn't until Emily Massey's introduction to the group that Slow Pulp was fully complete. She gradually transitioned into the band, performing with Henry on the side for her high school band and then contributing guitar and backing vocals for the beta version of Slow Pulp. Eventually, the executive decision was made for her to be the lead singer. It only seemed logical. More recently they've released a few singles, and a couple years ago they put out EP2 - there was an EP1, but it was taken down since it didn't involve Massey. And even though Massey contributed vocals on EP2, it was mostly recorded before she joined the band. Thus, this week's new EP Big Day marks the true Slow Pulp's proper debut. Although from Wisconsin, the four-piece moved to Chicago together last September. They wrote and mostly recorded Big Day in a Michigan cabin in January, finishing it up about a month ago. Halfway through the process they realized that the small collection of tracks related to feeling some sensation for the first time. The epic opener "Do You Feel It" blossoms with anticipation; staggered and modest piano plucks evolve into a cyclical guitar romp with spirituous drum punches. It sounds like riding a bike for the first time without training wheels, slow and hesitant before sustaining balance and gaining speed, and later discovering how the gust of wind and speed against your cheeks make for the most freeing feeling.