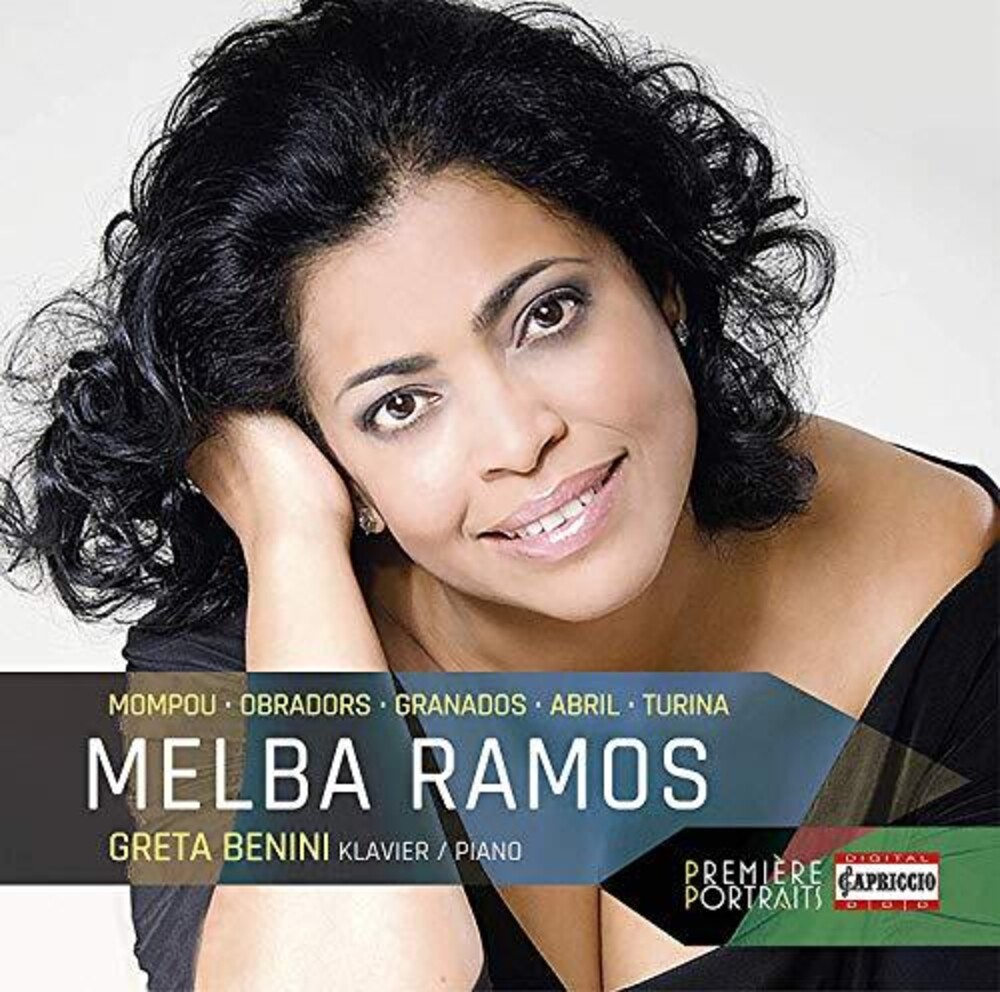 With "PremiĂ¨re Portraits" Capriccio set an example for the support of young and talented artists and invite them to release their premiĂ¨re album for a worldwide audience. Melba Ramos, Puerto-Rican Soprano, studied at Pablo Casals Conservatory of Music in San Juan, capital city of her home country. She distinguished herself by winning several opera singing prizes. After being active at the Opera Studios in Cologne and in Wuppertal, she made her way as coloratura soprano to the Ensemble of the Volksoper in Vienna in 2003 to which she is still dedicated today. In parallel, numerous guest engagements led Melba Ramos to esteemed places to work at as the Komische Oper Berlin, the Deutsche Oper Berlin, the Staatsoper Unter den Linden and further Opera Houses in cities such as Bonn, Mannheim, Bremen, Kassel, Hamburg, Hannover, SaarbrĂĽcken, Nuremberg and many more.