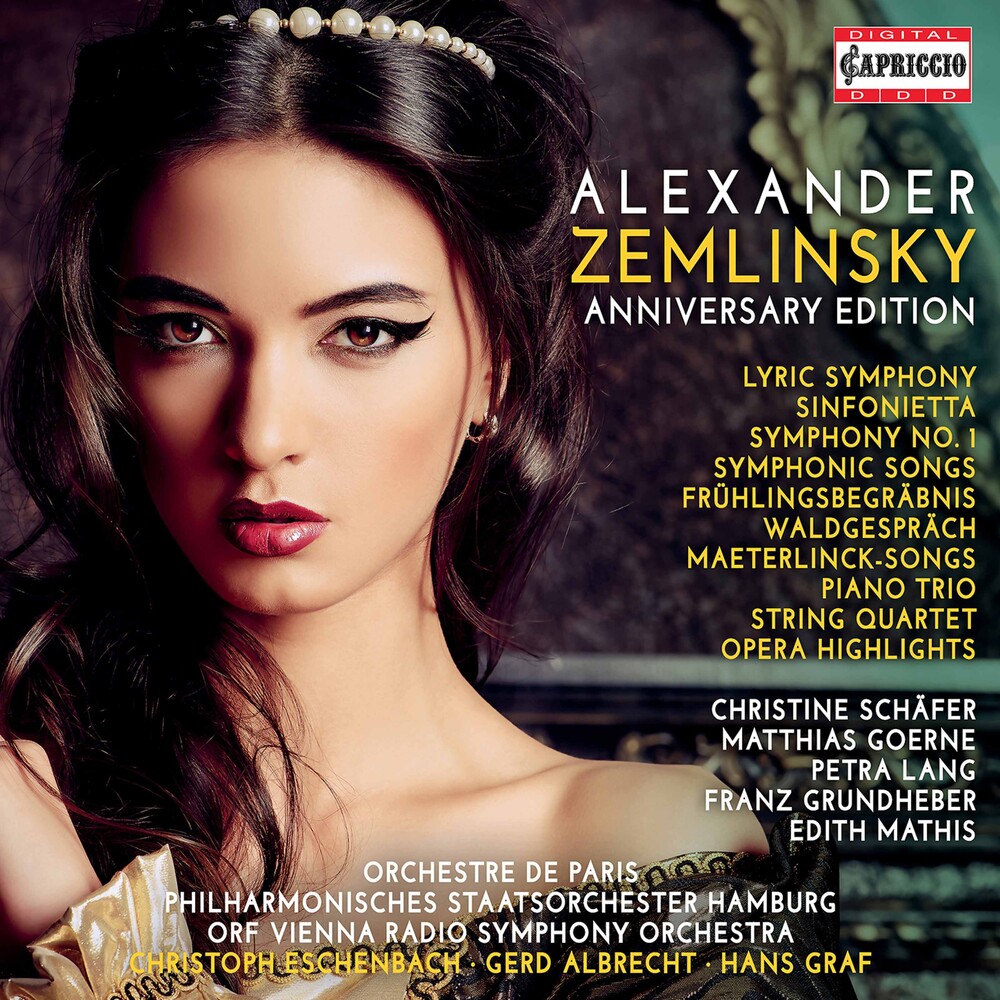 When Zemlinsky died in 1942, there was no telling if or when posthumous recognition of his work would take place. Typical though his reception was for the 20th century - pockmarked by two world wars and Nazi rule, it remains remarkable just how differently Zemlinsky, born on October 14th, 1871, has been judged throughout the last 150 years. He had his works premiered at the Vienna Court Opera by Mahler. He commanded the utmost respect of his pupil and brother-in-law Arnold Schoenberg. He was celebrated as the director of Prague's New German Theatre. And yet, still in his lifetime, his work succumbed to political and stylistic changes; he had been persecuted and was forgotten. We've sort of come full circle: Zemlinsky is once again considered a great composer whose works don't have to shy away from comparison with those of his famous contemporaries and whose music gets performed at least occasionally. With this special Anniversary Edition Capriccio revere the huge spectrum of his outstanding musically compositions.
back to top