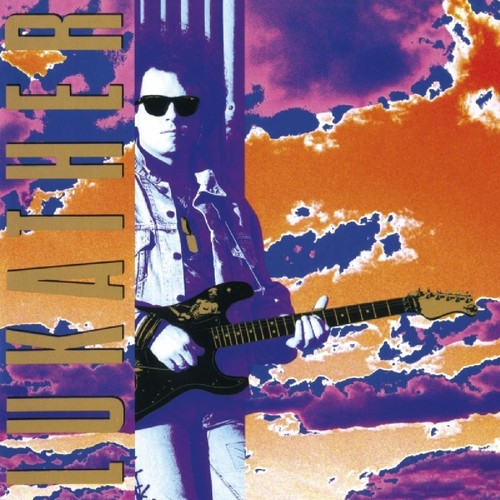 Out of print in the U.S. Since Lukather had a number of songs written that did not appear on Toto albums, he decided to pursue a solo album at the time the band took a break after eleven years recording and playing. Besides guest appearances from Toto members David Paich and Jeff Porcaro he cooperated with Michael Landau and Jan Hammer and wrote songs together with guest bass player Eddie Van Halen, ('Twist The Knife'), guest vocalist Richard Marx ('Swear Your Love') and a nine minute epic 'Fall Into Velvet' co-written by The Fixx lead singer Cy Curnin and guest lead-guitarist Steve Stevens from the Billy Idol band. A fine album from a guitar-idol.