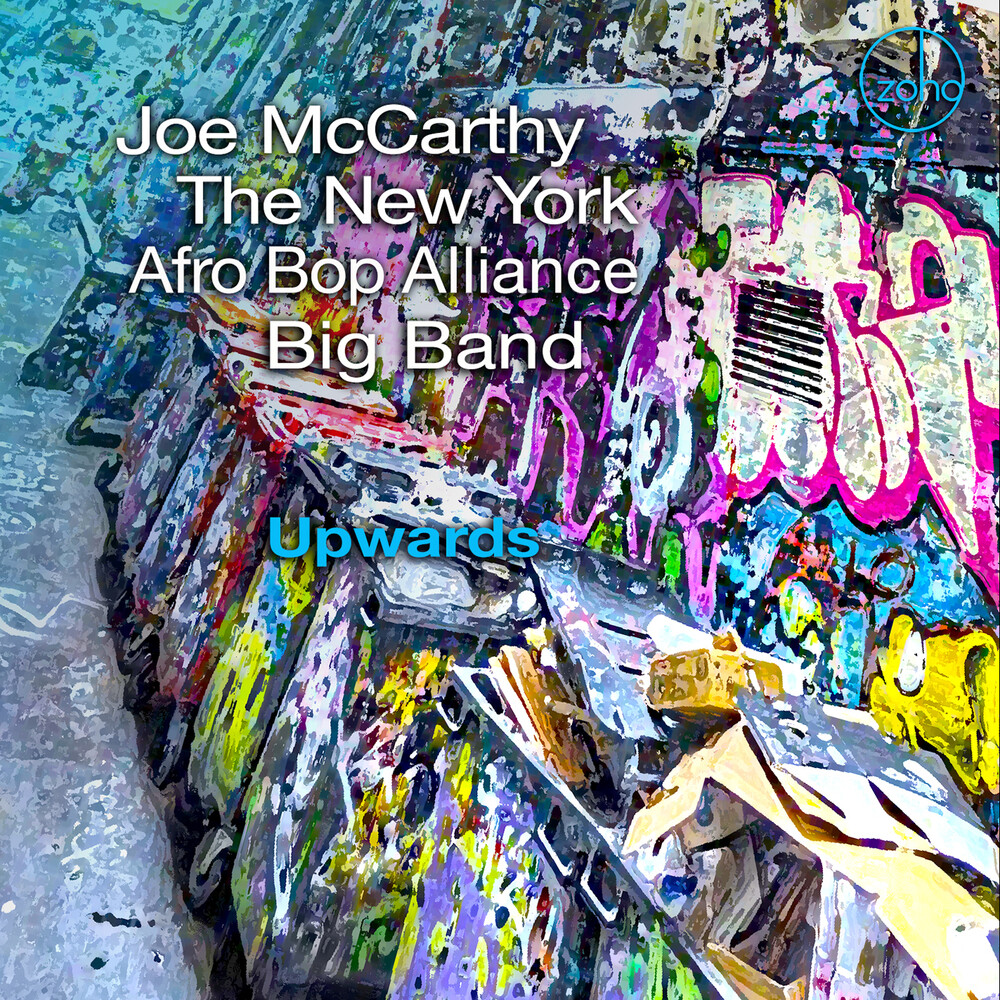 Joe McCarthy & The New York Afro Bop Alliance Big Band continue to impress with their new CD, the first after the band's relocation from Washington, DC to New York City. It is leader Joe McCarthy's second release on ZOHO after the Afro Bop Alliance's critically acclaimed 2014 release 'Angel Eyes' (ZM201408). The new album's title and opening number, Upwards, appropriately signifies Joe's ongoing quest as a bandleader to present vibrant, colorful music that blends cultures and musical styles into an exciting package. Upwards has a strong drive and insistence built within it's composition. The limelight is focused on the ensemble with some intricate writing - all generated by the band's pianist, Manuel Valera. The alto sax solo by Matt Hong seems to signal that the chart has achieved "liftoff" to an upper atmosphere. The intricate ensemble passage that follows adds "weight" that creates a desire to move "upwards" again where trombonist John Yao gives the chart more "lift". Manuel gets to express some solo comments on piano during the chart's final moments. I hope you enjoy the ride during this track and throughout the entire presentation of music on this CD'. Rich DeRosa - 'Joe McCarthy leads his impressive large ensemble through the warp and weft of vintage jazz numbers, as well as more contemporary pieces. While there are many big bands on the scene, there are none quite like his, which can navigate between bebop and clave with dexterity and aplomb. That the band can move from angular, intervallic runs to lush, more pensive moments is a testament to the virtuosity of it's performers and the artistic suppleness of it's leader. Throughout each number is a "time certain," a precision of rhythm from "Chief Joe" who was a member of the US Navy and led one of it's bands. And if you ask members of band, they will commend him for his professionalism and unwavering commitment to get the most (and the best) from each performer.