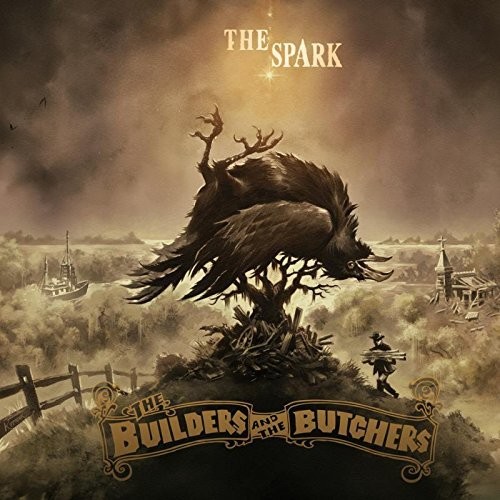 The Spark [LP]
Artist: The Builders & The Butchers
Format: Vinyl
New: Available to Order - Not In Our Store 17.98
Wish

Vinyl LP pressing. Portland-based folk rock band, The Builders and the Butchers return with their fifth full-length effort The Spark. Their last album was hailed by Consequence of Sound, who said, "The Builders and the Butchers make records the way the bards used to pass on stories. They're poetic and captivating, and do to songwriting what Clint Eastwood does to movies," and this new release follows the same, narrative-driven path. The Spark features a wider array of sounds and shorter, impactful songs, while remaining a Builders' record at heart. The process of creating the album was the longest of any Builders' record to date. They spent the last five years writing the music and a year mixing. With several band members living out of state, many parts were recorded remotely. Drums and much of the electric guitar were recorded at Revolver Studios and the rest was laid down piece-by-piece and mixed by Edgar McCrae at his home studio. Influences for the record range from Tom Waits to The White Stripes.