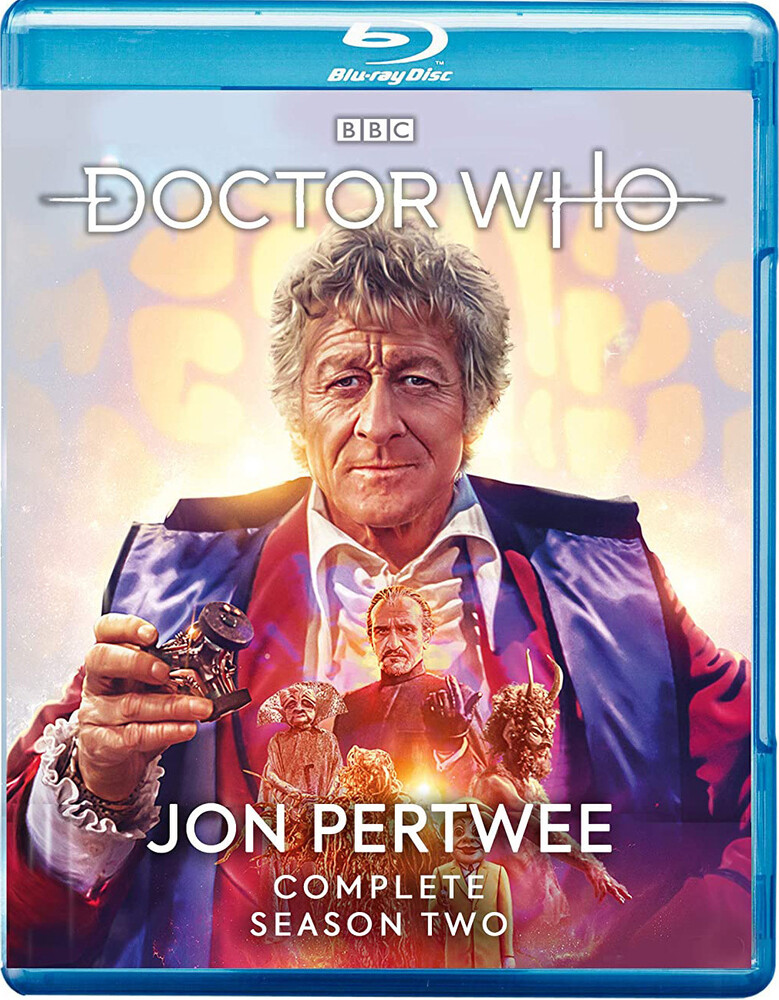 Season eight-Jon Pertwee's second as the Third Doctor-introduces new companion Jo Grant (Katy Manning) and the Doctor's arch foe, the sinister Time Lord the Master (Roger Delgado). "Terror of the Autons" finds the Doctor and Jo working with UNIT in order to foil an invasion scheme by the Master and his Nestene allies. The Doctor must save the members of a global-peace conference from becoming the latest victims of the Master, whose weapons are a stolen nerve gas missile and a parasitic alien that feeds on evil thoughts, in "The Mind of Evil." Peaceful alien beings called Axons land on Earth in search of aid, in "The Claws of Axos." But a skeptical Doctor unmasks their true motives and a deadly plan by the Master. Next, dispatched by the Time Lords to a remote planet fought over by farmer colonists and a mining company, the Doctor and Jo go up against the Master, who is using the "Colony in Space" as a base to construct a Doomsday Weapon. Finally, an ancient English burial mound is the setting for the Master's plot to take over the Earth with the help of a devilish-looking alien, and it's up to the Doctor, Jo, and UNIT to stop him, in "The Daemons."25 episodes on 8 discs. Standard; Soundtrack: English.
back to top