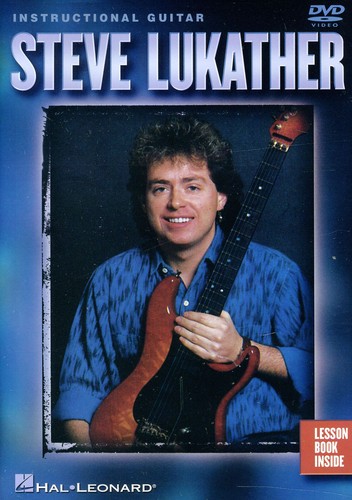 Steve Lukather, the Grammy Award-winning lead guitarist with the super group Toto, is considered one of the foremost rock guitarists of today. Steve has performed or recorded with a plethora of top artists like Carlos Santana, Larry Carlton, Les Paul, Elton John, Paul McCartney, and Michael McDonald, to name a few. He has won several Grammy Awards as a songwriter, producer and guitarist. On this DVD Steve takes you step by step through a spectacular assortment of his best licks and solos in this video session recorded in 1985. You'll learn the licks and leads to such hits as "Rosanna," "Carmen," "Hold the Line," and "Lovers in the Night." He also shares important tips and techniques in speed picking, position shifting, traveling scales, false harmonics, and melodic phrasing, as well as equipment and effects demonstrations. You're carefully taken through every lick, which you can follow in the accompanying instructional booklet. However, there's no need to read music, because the booklet comes with fretboard diagrams. This is truly a unique opportunity to receive a private guitar lesson from one of the most influential and versatile guitarists today, whose musical compositions have helped shape the sound of popular music.