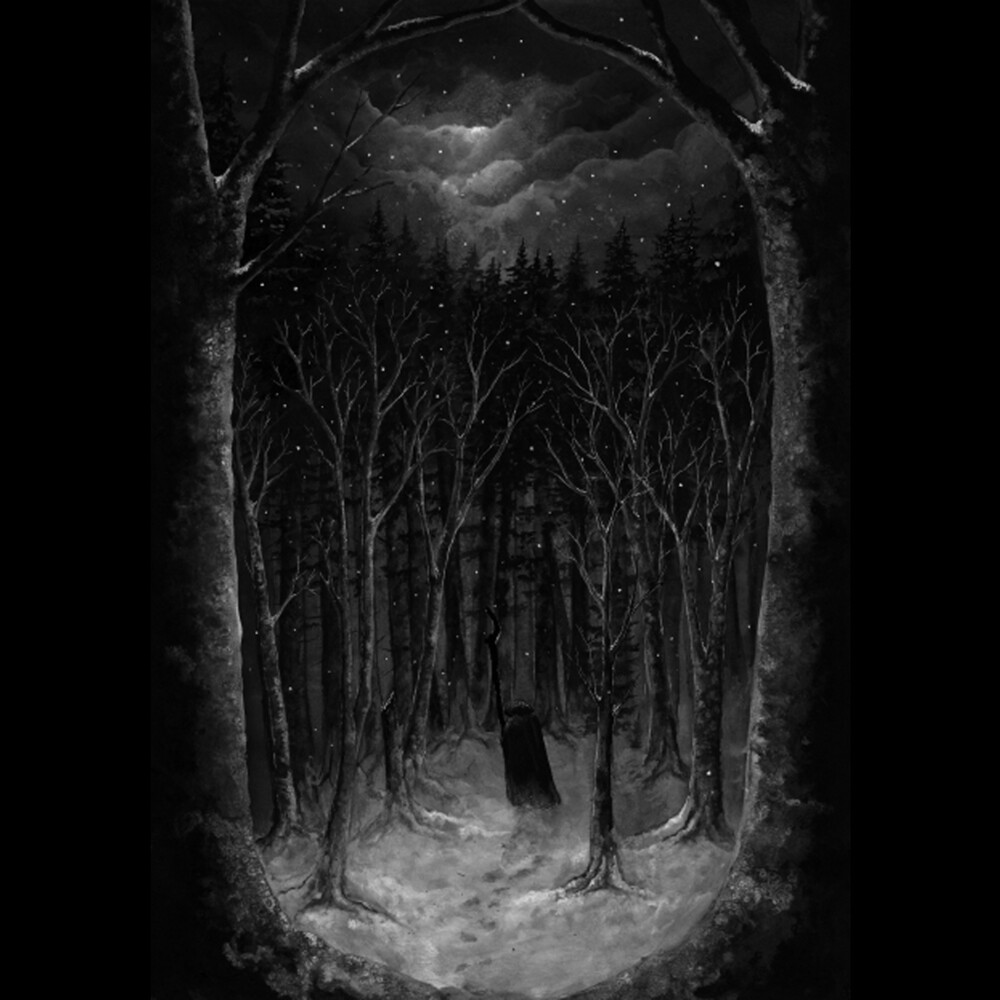 Paysage D'Hiver are a phenomenon within the black metal genre. Wintherr, the Swiss project's sole and solitary member, has released ten albums and several splits within 20-plus years, all of which became underground successes and sought-after items while he kept mostly to himself, feeling no need to go public. Uninterested in flocking to the herd, the artist and his craft remain an enigma that never fails to surprise... which rings especially true with regards to his first full-length since 2013: "I'm Wald" ("in the forest"), a monochromatic epic in the truest sense of the word. With 120 minutes playing time, "I'm Wald" is not only Paysage D'Hiver's longest effort so far but also another chapter in the tale of winter travel (thus the French name Paysage D'Hiver) that runs through the project's entire work like the proverbial golden thread. In the context of his highly detailed narrative, Wintherr locates it after "Steineiche" and "Schattengang" (both 1998) which describe the beginning of the travel, and before "Das Tor" (2013), "Kerker" (1999) and "Die Festung" (1998), which are set at the end. "I'm Wald" is available as limited and hand-numbered 2MC (Limited. 300), 2CD (Limited. 500) and 4LP (Limited. 500) wooden box sets (all incl. 20-page booklet and poster) as well as non-limited 4LP box set (also incl. 20-page booklet and poster) and 2CD Digipak with 20-page booklet in black envelope. All products have been assembled by hand.