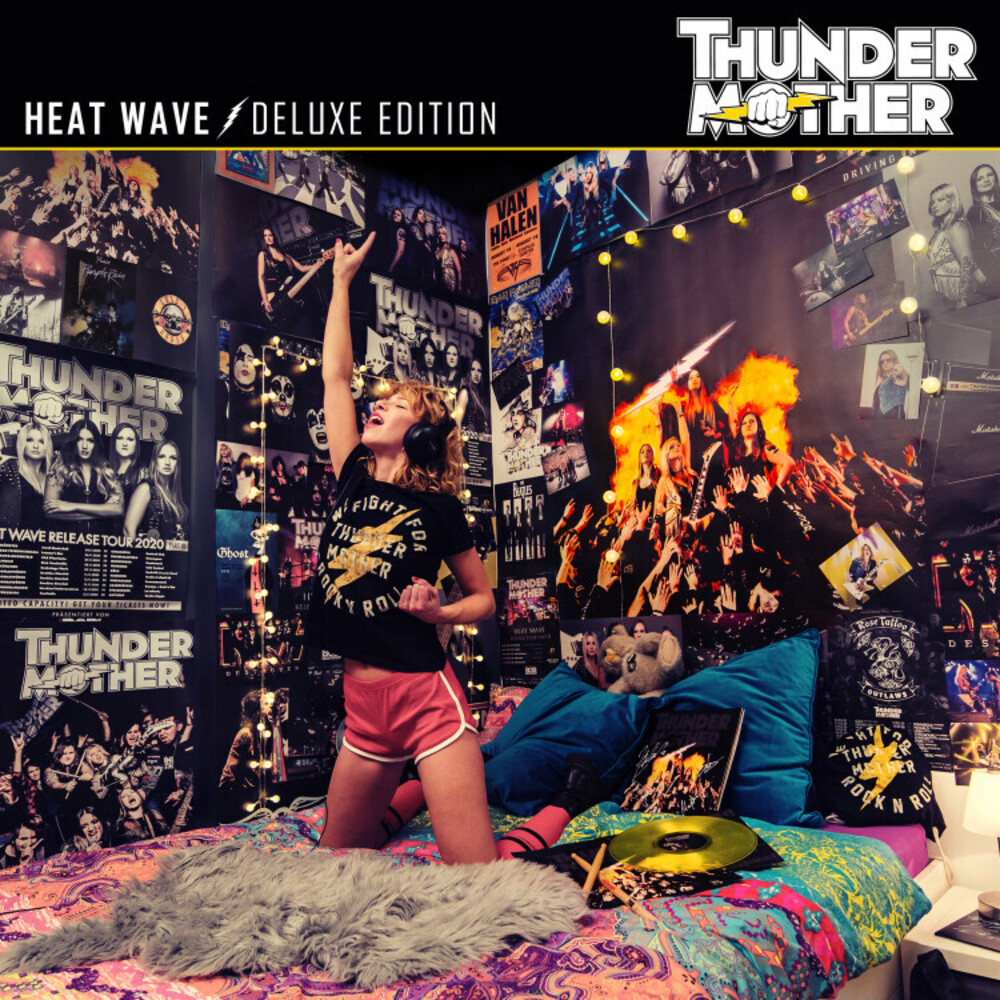 Thundermother: Four rock grenades from Sweden! They don't just play rock'n'roll: Thundermother is rock'n'roll! Their current album "Heat Wave", released in July 2020, is a rock sensation that you cannot avoid. It stormed the charts and achieved big results in many countries, including #6 in Germany. In May 2021 another surprise will appear for the fans: Thundermother are releasing the "Heat Wave Deluxe Edition". As a 2-CD digipak and additionally with various limited coloured double vinyl versions. Not only can you find the complete original album on it, but also a bonus CD / vinyl with no less than 10 other previously unreleased tracks. Where the four Swedes perform, the air burns! Thundermother earned the reputation of the "hardest working band in the rock scene". CAA, one of the largest booking agencies in the USA (artists including Kiss, AC/DC, Aerosmith, Bruce Springsteen, Foo Fighters, Rammstein, Scorpions and many more) recognized this and signed Thundermother for their artist roster in no time at all.