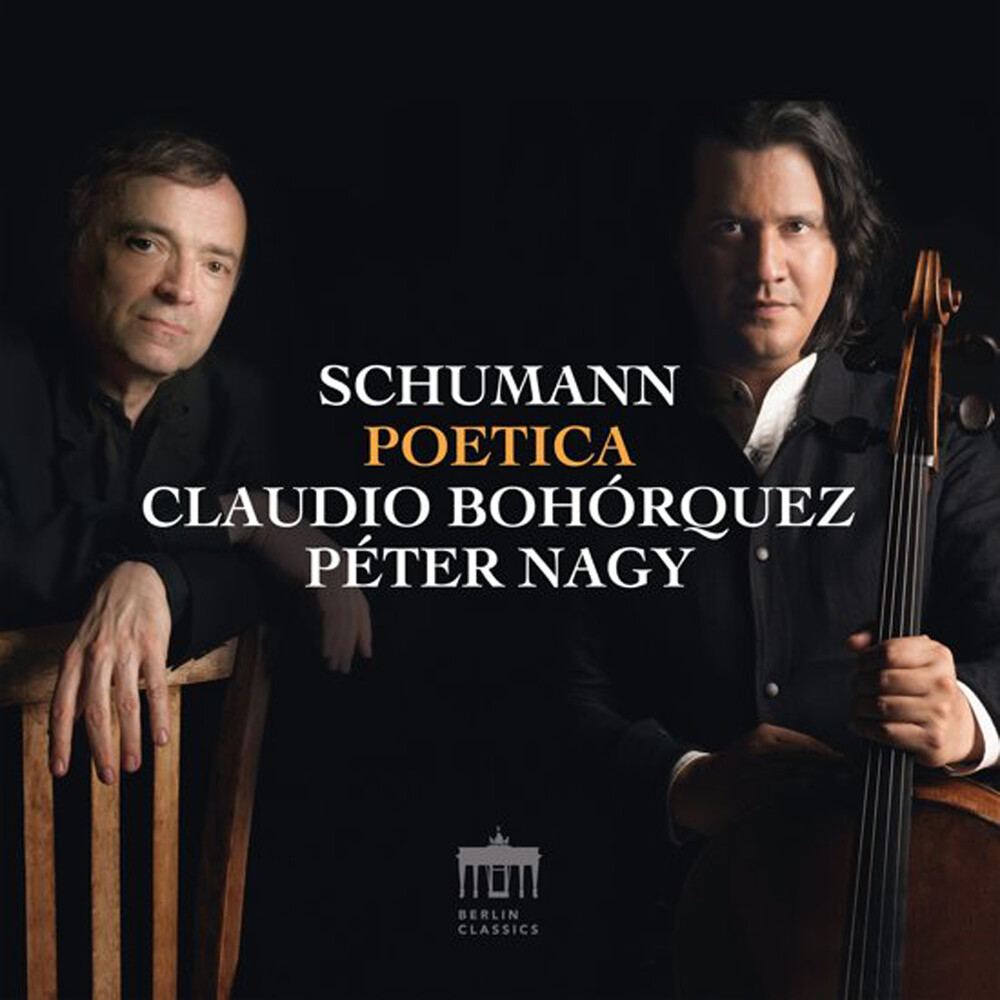 Claudio BohĂłrquez and PĂ©ter Nagy are releasing a new album, dedicated to that composer par excellence Robert Schumann, and his works for chamber duo Performing a programme comprising works from the clarinet, oboe, viola and vocal repertoires, the two renowned soloists throw renewed light on some unknown facets of a famous composer. The key focus of the album is a central work in the field of Lieder Schumann's Dichterliebe BohĂłrquez and Nagy lure their listeners on a journey through the innermost core of Romantic emotions BohĂłrquez has a highly interesting technique, sure to fascinate not just connoisseurs of Dichterliebe of interpreting these songs without words with such a fine level of tonal nuance and such songful bowing that they never seem like wordless songs. There are further chamber works by Schumann to enjoy, the majority not actually written for the combination of cello and piano his Three Fantasy Pieces op 73 were originally composed for clarinet or violin and piano Schumann actually wrote the Three Romances op 94 for oboe, the Fairytale Pictures op 113 for viola and piano The experienced chamber music duo simply claim as their own these pieces which might seem alien to their combination of instruments "This gave me the opportunity to immerse myself in a whole range of other instruments and to find a solution for the cello," explains BohĂłrquez. Only the Five Pieces in Folk Style op 102 were originally scored for the cello. Altogether the resulting album, by combining these five works, does not standardize them into part of the cello piano repertoire On the contrary in each of the works, BohĂłrquez and Nagy immerse themselves in a thoroughly new and individual tonal landscape, and in Schumann's Dichterliebe they even succeed in conjuring up the lyrics of Heinrich Heine.