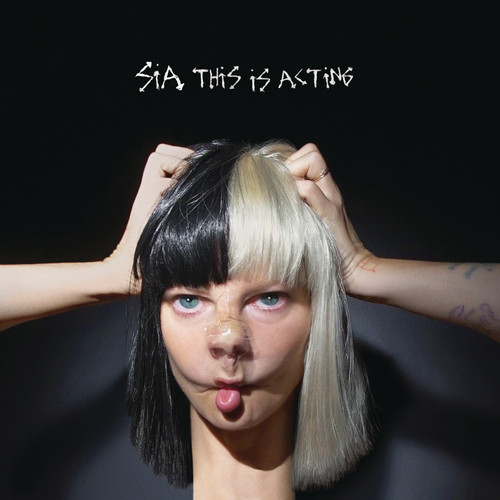 This Is Acting
Artist: Sia
Format: CD
New: In Stock at OUR STORE 15.98
Wish

This Is Acting is Sia's follow-up to her sixth studio album 1000 Forms of Fear (2014). In December 2014, Sia told Spin that she had "two [more records] completed and ready to go" and wanted "2015 to look like it's just been fucked". She revealed details of This Is Acting for the first time in an interview published by NME in February 2015. In the article, she confirmed once again that work on the album was finished and that its content was "more pop" than her previous material. She also revealed that the success of 1000 Forms of Fear, specifically its lead single "Chandelier", encouraged her to continue releasing new material, and said of the album's title: "I'm calling it This Is Acting because they are songs I was writing for other people, so I didn't go in thinking 'this is something I would say'. It's more like play-acting. It's fun."