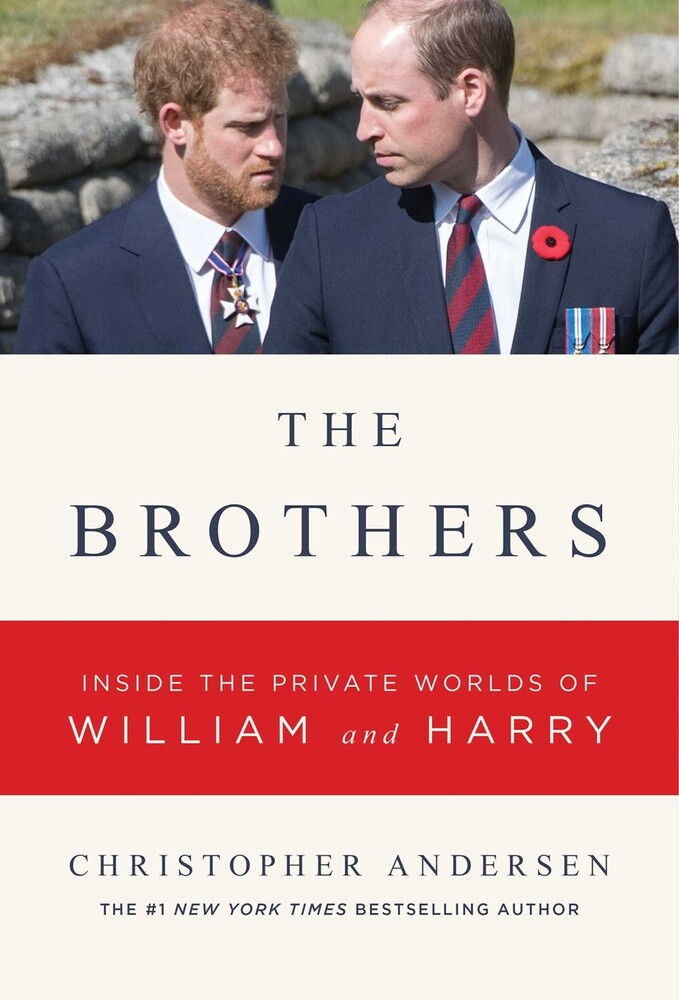 The Brothers: Inside the Private Worlds of William and Harry
Artist: Andersen, Christopher
Format: Book
New: Not in stock
Wish

Diana's Boys revealed the iron-strong bond between the teenaged princes, and how it strengthened even more in the wake of their mother's tragic death. Now, 20 years later, Queen Elizabeth II is in her mid-90s, Prince Charles is in his 70s, and all eyes are turned increasingly toward William and Harry again. Andersen picks up where he left off, covering everything that has happened to the brothers as they have grown up, gotten married to two remarkable women, and had children - all while facing continual waves of controversy and questions about the ways their relationship has shifted. Andersen examines how the Queen's behind-the-scenes maneuvering to mold her grandsons in the Windsor image after Diana's death, and her expectations of William as the future king, played out. He questions whether the brothers' famously close relationship can survive Harry's departure from the Royal Family - the first time this has happened since their great-great-uncle King Edward abdicated the throne to marry a divorcĂ©e. He delves into the impact sisters-in-law Kate and Meghan have had on each other as well as on their princes, and how marriage and fatherhood have changed the brothers and in some ways also driven a wedge between them. Andersen also looks with an honest eye at how the princes and their wives have been continuously buffeted by scandal - including headline-making allegations of bullying, racism, betrayal, and emotional abuse that pushed more than one royal to the brink of self-destruction. Based on in-depth research and with his "fascinating and insightful" (The Christian Science Monitor) writing, Christopher Andersen leaves no stone unturned in this intimate and riveting look into the private lives of the world's most famous princes.