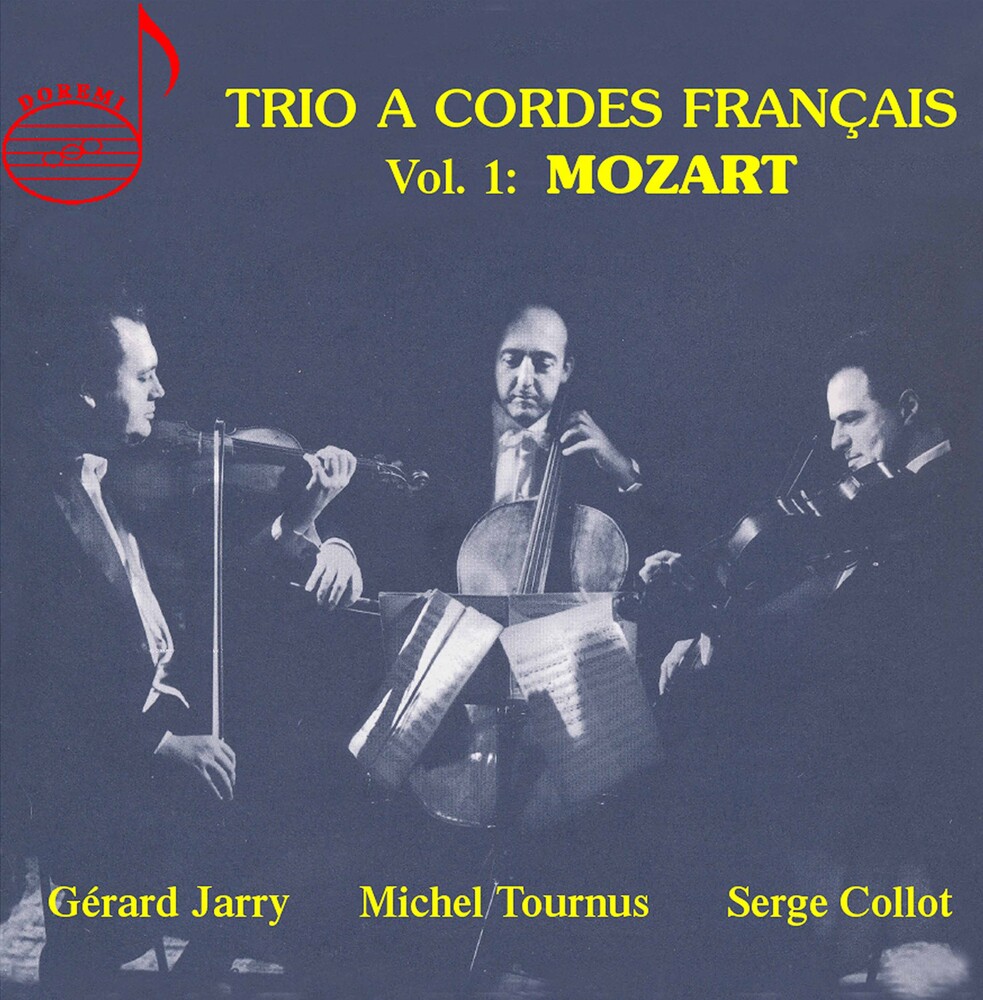 The Trio A Cordes FranĂ§ais was founded in 1959 by violinist GĂ©rard Jarry (1936-2004), violist Serge Collot (1923-2015), and cellist Michel Tournus (1922-2006), and was active for over thirty years. They toured the world and made many notable recordings. At the age of fourteen, GĂ©rard Jarry gained a Premier Grand Prix at the 1951 Concours Long-Thibaud. In addition to his many years performing with the Trio, he was concertmaster of the Orchestre de Chambre Jean-FranĂ§ois Paillard, and a noted soloist. He was also a professor of violin at the Conservatoire de Paris. Serge Collot studied at the Conservatoire de Paris with Maurice Vieux, one of the greatest viola virtuosos. Graduating with a Premier Prix in 1944, he had a long and distinguished career as a chamber musician. As well as his long tenure with the Trio, he was principal violist with the Orchestre de l'Opera National de Paris from 1957 to 1986, and also was a member of several string quartets - the Parrenin, the Radiodiffusion Francaise, and the BernĂ¨de. He was particularly influential in encouraging the composition of contemporary works for viola by such composers as Boulez and Berio. Like his colleague Jarry, he was professor of viola at Conservatoire de Paris for many years. Michel Tournus gained Premiers Prix in cello and in chamber music from the Conservatoire de Paris. Like his colleagues, he was also a member of several other chamber ensembles, including the Quatuor Indig and the Octuor de Paris. Like Collot, he was first cello with the Orchestre de l'Opera National de Paris. Active as a teacher at the Conservatoire de Musique de Versailles, and was the author of a cello method. This set contains many of the Trio A Cordes FranĂ§ais' recordings of Mozart.