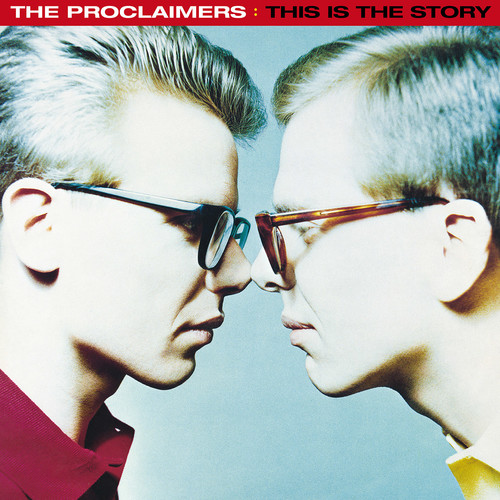 This Is The Story [LP]
Artist: The Proclaimers
Format: Vinyl
New: Not in stock
Wish

Vinyl LP pressing. This Is the Story is the debut studio album from The Proclaimers, released in 1987. It was originally released with 12 tracks but after the success of the Gerry Rafferty-produced full band version of "Letter from America", which reached #3 in the UK Single Chart, it was re-pressed later that year with that track added. The Proclaimers is a Scottish band composed of the identical twin brothers Charlie and Craig Reid. They grew up in Edinburgh, Cornwall and Auchtermuchty. When they lived in Auchtermuchty they attended Bell Baxter High School. After several punk rock bands at school they formed the Proclaimers in 1983. The pair came to public attention when an Inverness-based fan sent their demo to the English band the Housemartins, who were impressed enough to invite the Proclaimers on their 1986 United Kingdom tour.