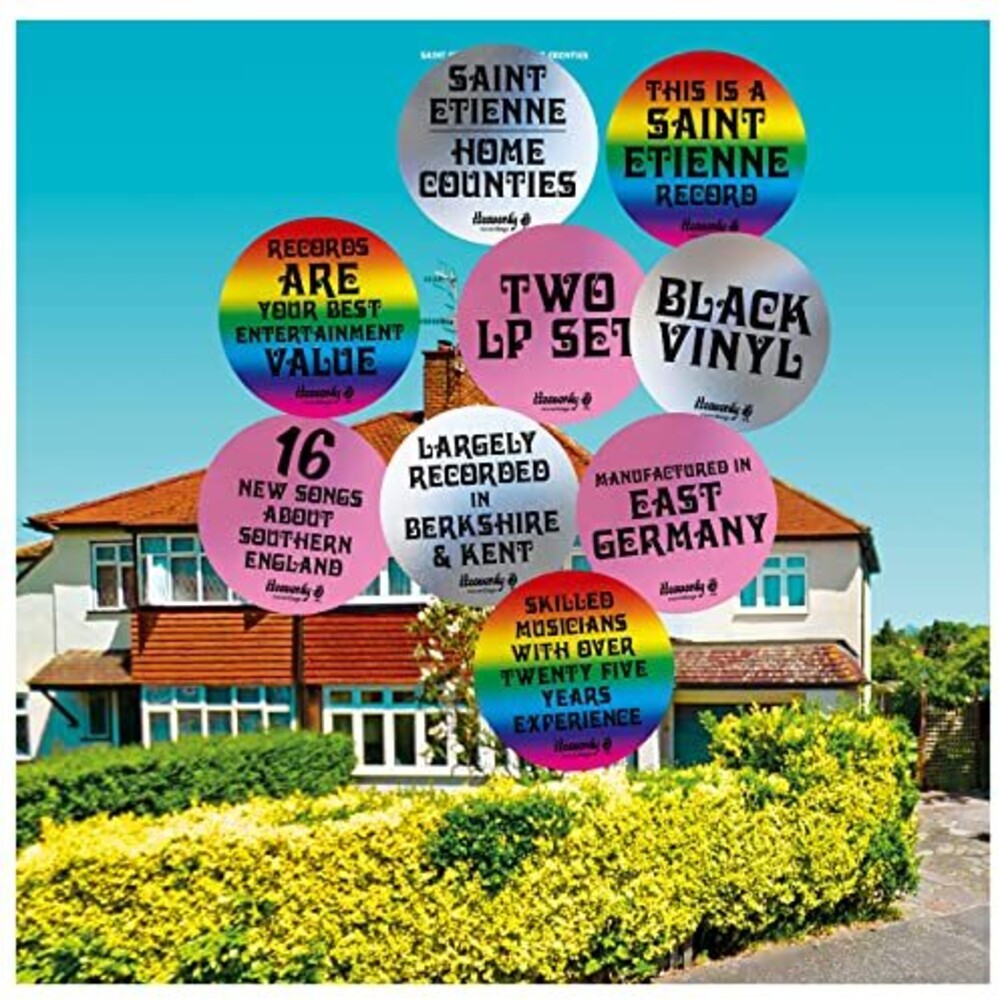 Saint Etienne grew up in the Home Counties. Here are sixteen new songs they have written about a day in the life of this doughnut of shires that ring the capital, punctuated by bursts of BBC radio to remind you what time it is, and all connected by train journeys - main lines, branch lines, commutes, escapes. It begins with SOMETHING NEW, and a teenage girl creeping through the front door after staying out all night. It stops at WHYTELEAFE, and imagines what might have happened if David Bowie had remained David Jones of Bromley, stuck with a desk job. It summons up the Enfield Poltergeist on HEATHER, and the anarchy of Essex's Plotland settlers on SWEET ARCADIA. TRAIN DRIVERS IN EYELINER wonders what the railway network might be like if it was organized according to ASLEF's taste in music. The album was produced by Shawn Lee of Young Gun Silver Fox, with support from Augustus (Kero Kero Bonito), Carwyn Ellis (Colorama, Edwyn Collins), Robin Bennett (The Dreaming Spires), Richard X (Girls On Top / Black Melody) and long-time collaborator Gerard Johnson (Denim, Yes). It was recorded in central London. Sarah, Bob and Pete commuted to the studio every day for six weeks.