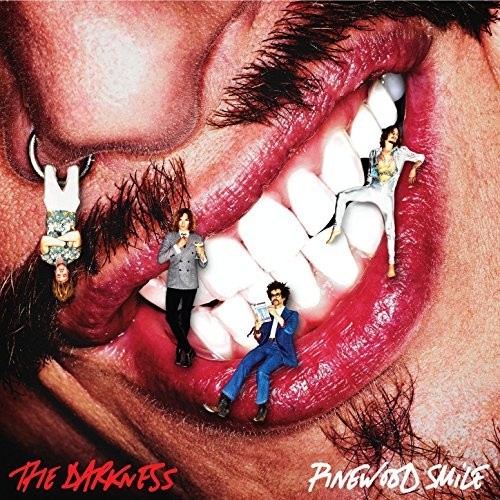 2017 album from England's most distinctive, multiple award-winning, platinum-selling, hugely entertaining rock gods. Returning to save our airwaves from mediocre, auto-tuned tweens and that awful, throbby EDM shite, the album Pinewood Smile finds The Darkness on electrifying form, delivering some of the most sharp-witted, infectious, humorous and downright brilliant songs of their career. 2003 gave birth to one of the most extraordinary and best loved bands in the UK. The Darkness released their debut album Permission To Land to overnight success, topping the UK charts, going 5x Platinum and selling over 1.5 million copies in the UK alone. In 2006 Justin Hawkins left the band, checking into rehab and The Darkness fell apart. Following successful treatment, the band reformed in 2011 touring Europe and South America in 2012 with Lady Gaga. They released their comeback album Hot Cakes that year and Last Of Our Kind in 2015. The band have now returned in 2017 with Pinewood Smile, their first album to come through Cooking Vinyl.