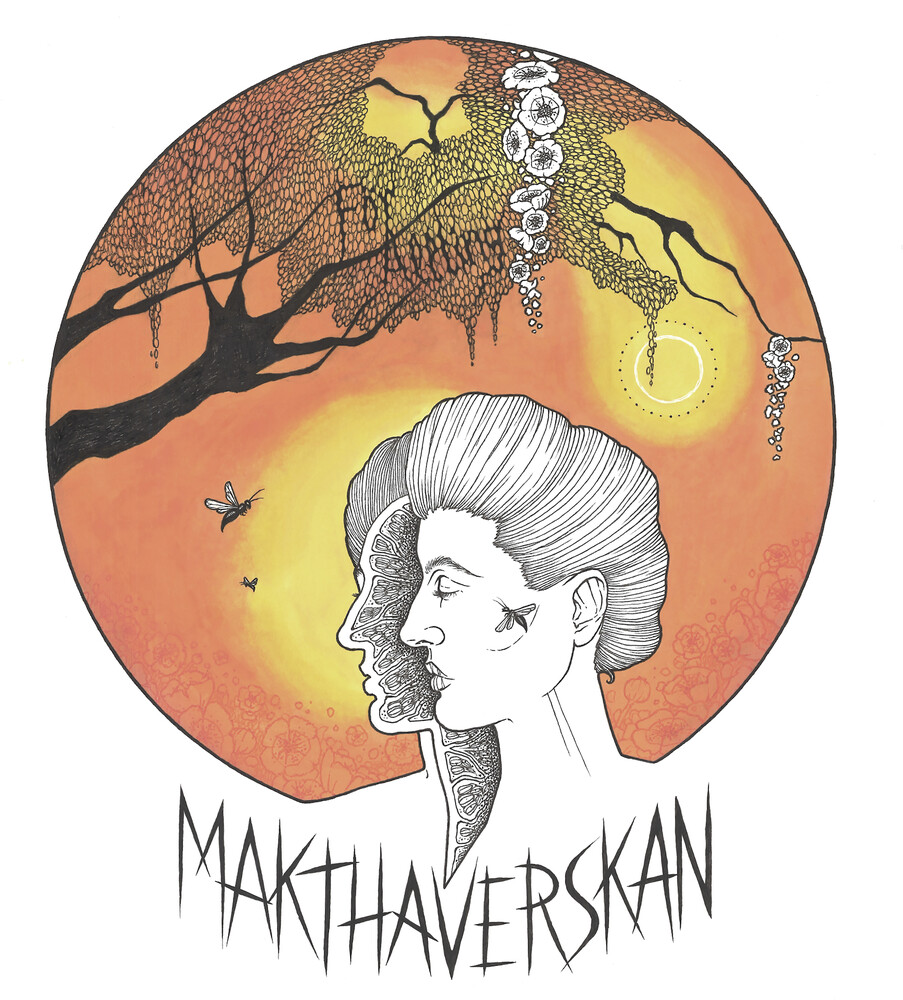 Limited transparent red colored vinyl LP pressing of this album from the Swedish band. Gothenburg's Makthaverskan have always seemed to escape traditional genre definition. As Pitchfork wrote of their 2017 LP Ill, they are a band that makes "music for the margins" - and such has been the case since these former schoolmates founded their band (the name of which roughly translates to "powerful woman") over a decade ago. Their fourth full-length album FĂ¶r Allting (which translates to "For Everything") follows a 2019 two song single "Demands/Onkel" as well as their aforementioned third LP, and continues right where those songs left off at the intersection of blissful pop and angst-ridden post-punk. The divide is clear between these two influences from the start - the simmering synth drone of the untitled intro track explodes into "This Time," a tune carried by the Johnny Marr-inspired guitar work that shines throughout, followed directly after by "Tomorrow," a track that allows vocalist Maja Milner's one-of-a-kind voice to shine. The mood shifts drastically on the song "Lova," with a dark drum and bass beginning fitting for any one of Bauhaus' albums, with Milner haunting the song throughout with the lamenting lyrics repeating, "you used to be mine..." This tension continues throughout the record, but the band's ability to twist a myriad of references into one cohesive whole makes For Allting uniquely suited to a modern music landscape: This is dream-pop for realists, unafraid facing the contradictions between beauty and rage and turning them into something completely new.